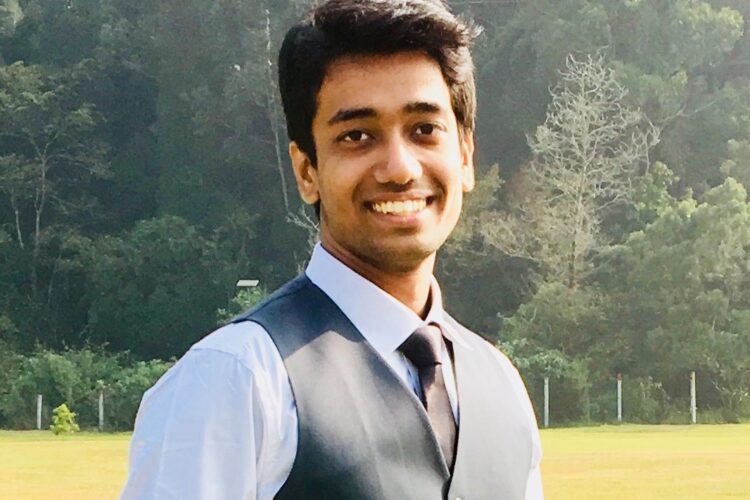 “Look for chances to take the less-travelled roads. There are no wrong turns.” How many of us, abiding by the above saying, take the risk to leave the comfort of our high-paid jobs and decide to wander through undefined and undiscovered paths? Not many of us. I can answer this with utmost confidence because I’m one among you as well. We are all so addicted to our cozy routines that we fear to try the unknown. We build our safe nests by grabbing the best and safe jobs because that’s how we are tuned. We sit on our balconies, holding the newspaper we could afford, and read the headlines about successful entrepreneurs and think to ourselves, “They just got lucky!”. As we keep sipping our coffees, we keep draining our motivation to test our comfortable living, because that’s just not our cup of tea.

Pausing the narration about our usual life, I’m here to share a story about a person who wanted to stand out from the crowd of engineers. He wanted to mark his own identity even before he earned the identity of a graduate. He has walked through a lot of unexpected and untraveled roads without any fear because he was cocksure that he won’t land up on the road to failure. This was because he knew that the feel of success did not come from monetary benefits, but from seeing the reflection of one’s passion on the floors of hard work and dedication. Mr Niwin Santhosh, founder and CEO of Vajro.com, is the one I’m talking about.

A CONVERSATION WITH MR NIWIN SANTHOSH

Mr Niwin was born in Pudukkottai and raised in Trichy. He did his computer science engineering in SRM Valliammai college in Chennai and graduated in 2014. However, during our conversation, Niwin told me that it was because of his motivating and inspiring professors that he developed the urge to stand out unique in a mediocre society. He also shared an incident where one of his professors said to the entire class, “Every student, literally every student, whether you score a gold medal or not, would end up in the IT field without any challenge.”

“Everyone has the absolute right to choose their desires, ambitions, dreams and life. But only very few, though they have multiple offers in their hand to work for some prestigious corporations in the world, would take different paths in their life.”

This statement of his made me pause for a while, because I was one among the others who got stuck to the common agenda. However, he continued saying that everyone, irrespective of their specialisation in zoology/biology/economics/history, jumped into IT as developers, testers, etc. He also added how this common notion changed his course of life. He decided to learn subjects deeply and not widely. This gave him confidence and strength in the field he picked.

WHERE IT ALL BEGAN

Niwin was not a person who broke promises, nor did he forget any. This made him sweat and fight in the battle he chose, rather than wandering the vast spaces with no clues. He began analysing and studying various successful product based companies like Zoho, Flipkart, Snapdeal, etc, about their products, services, and marketing strategies. Because of this great influence, he was following various stars who changed the face of IT in India.

He began his real course of action during his second year of college, when he started to do a lot of hardware-related projects and services like servicing laptops, mobile phones, etc. It was also a time period when Microsoft had student partnership programs, through which they selected the best students and introduced them to the latest technologies, with free license and training. These selected students were expected to learn the new skills and technology and were supposed to promote it to other college students.

When was the last time a successful person, with no failures, reached great heights? I can’t find any answers because only crazy, innovative and creative people mark their own identities with new creations. This was the same case with Niwin. Niwin initially got rejected by Microsoft for their student partnership program, but when he wrote a letter explaining his past work experiences, he was immediately enrolled. This was one of the big breaks for him as he had the opportunity to learn new things happening in one of the world’s biggest multinationals, who changed the face of PC makers in the world.

He was also asked to make a video in English, listing his and his team’s experiences, and was asked to share them on various social media platforms. This taught him how hard it was to make a simple 3 minute video.

When Microsoft made a big move in acquiring Nokia’s mobile division for making Windows-based phones, it encouraged developers around the world to make mobile apps for their user base based on Windows Mobile OS. Just when Niwin thought of grabbing this once in a lifetime opportunity, he met with an unfortunate accident that fractured his leg and locked his life inside his house for a long time.

As he stayed at home to rest his legs, his mind was never at ease. It kept deriving various theories, ideas, and creations, that one day Niwin decided to put those to real actions. As a result, he created his first and big mobile application for Wrapper. His application supported the mobile OS which, by itself, would make the UI/UX better and easy for use. This was a revolution when it reached the hands of the public because there were around 2 million downloads, and this kept him going.

During this time, he also started to design apps for Blackberry and in a few months released 10 different apps.  He received a cash prize of more than $1000 from Blackberry and since these downloads started to do well, he began earning Rs.40K per month, just through mobile advertisements. Niwin started increasing his bank balance even before he graduated, and this kept him going.

To develop these successful applications, he spent days studying, talking to many experts, and understanding technology well. He also mentioned that Microsoft had ignited the first spark in him, which later provoked him to build his own startup. He was able to build and develop many successful applications because he listened to the need, observed the algorithms, and trusted his instincts.

In 2013 when he was in his third year of engineering, he launched his own company, Vajro, along with his brother-in-law, Mr Baskar who was a CA. He chose to be his own boss by developing mobile apps for others, rather than working in a company for a monthly pay-check. This was because he believed that restricting one’s mind to a confined pathway limited the scope for experiments.

As soon as the company began functioning he released another mobile app for the users of Windows-based mobile phones. This new application supported Windows mobile users to access the Flipkart app in their mobiles, which led to 3 lakh downloads. Tasting the success of  his applications, he went on to develop a mobile app for Snapdeal as well. As Niwin spent long hours on sowing and developing the best applications, he reaped amazing results in short durations.

While his other classmates were busy improving their resume for getting hired by top companies, he hired his first android developer in his final year of engineering. Finally, as a big break, he established his own company and became an entrepreneur who never wanted to step down from his ladder of success. By 2018, his company became a certified mobile development partner for Shopify and this made it gain popularity among the clients. When Shopify added his company’s name as certified partners in their App store, it brought a pipeline of clients which instilled confidence in Niwin and his team. All of these kept him going.

Within a day of being a partner with Shopify, three clients signed up, and this count increased every day. Mobile apps to clients were given in the subscription model. Since Indian clients had a notion of renting the app rather than owning their own through subscriptions, Mr Niwin and his company shifted their focus and attention to the American market.

Their strategy of giving utmost importance to customer support and solving their issues on time, changed the game for the company because good ratings, reviews and word of mouth reached the doors of Niwin’s office in large numbers. Their first Indian client was Bike & Biker, and Prashanthi Sarees followed. In just 6 months of partnership with Shopify, Niwin’s company became profitable and successful, something they never predicted.

By April 2019, their annual revenue reached 1 crore and they hired professionals to form a 15 member team. In addition to these, they also added lots of features to their products, because as days passed their subscriptions went high, revenue grew and their name reached multiple forums.

Their office was put up a in a humble street which mostly comprised of small metal works, lathe & carpentry shops. As things started going really well they were running out workstations in their small office setup. By November 2019, they moved into a 8000 sq ft office space in Perungudi. They raised their seed funds by January 2020 from f

amily and friends to manage and boost their advertising, marketing strategies, infrastructure and working costs. All of these kept Niwin and his team motivated and going.

This young startup reached its first million dollar turnover in no time, and now they are aspiring to become a 50 million dollar company by end of 2021.

When everyone was struggling to sustain their business during this COVID lock down, Niwin’s business thrived. Till early March 2020, his company had 500 thousand USD revenue, but they quickly doubled it to 1 million dollar during this lockdown.

While other companies found it hard to pay their existing employees, Niwin and his team recruited around 30 people during this lockdown and grew their team to a 60 member team. They even raised money to hire efficient, hardworking and experienced professionals.

As Niwin finished narrating, I was awestruck because to strengthen a company when the entire world stumbled seemed like an incredible achievement. While everyone else was slashing their workforce and struggling to sustain, Niwin and his team worked out different ways to make their roots strong while their branches kept stretching.

My hours of conversation with him came to an end when he told me his next dream, which was to see his company become the number one choice for E-Commerce owners to instantly build their mobile apps. He is confident to achieve this stature, by helping at least 1000 more customers launch their mobile apps in the next one year, along with extending their services to big Enterprise Retailers. He added that this new dream of his, was his new motivation to keep growing.

“Just keep going because you’ll only hurt yourself when you try jumping out in the middle of a rollercoaster ride.” Niwin lived up to the above saying because he never stopped putting efforts in making his dream come true, and most importantly he never ran out of dreams. Congratulations to him and his team on behalf of DigitalVillage.In