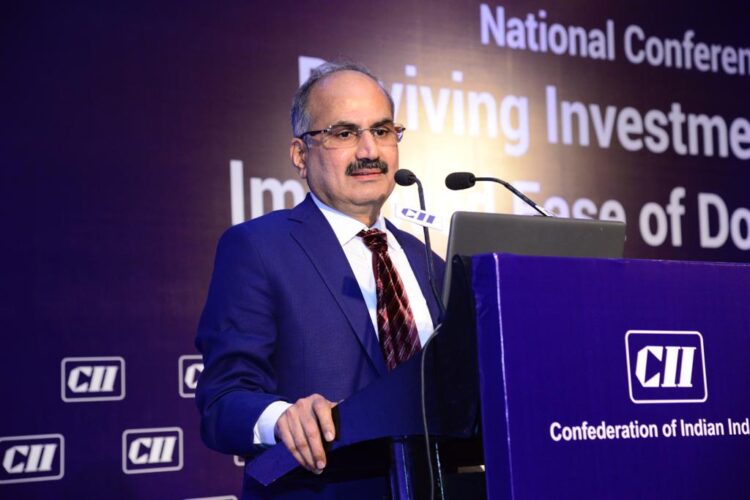 “What is the body? Endurance.

What is love? Gratitude.

What is hidden in our chests? Laughter.

This quote doesn’t fall far from our special guest today,  Mr M Ponnuswami, Chairman of Pon Pure Chemical India Private Limited.  There is a time in our lives when we all come across certain people. They have the power to change our perception about things we visioned.  Our vision of a huge business chairman would have been someone who is very brandishing and makes a spectacle of an entrance. But Mr M Ponnuswami was one of the most humble person I have met.

I feel honoured and blessed to have met such a person who is optimistic and altruistic. Upon our discussion, I gained tremendous knowledge and a vast insight as to how rewarding can small risks and perseverance be.  I would like to present the conversation I had with him as much as possible through text format as we had conversed an hour.

ANOTHER PURSUIT OF HAPPINESS:

Upon our conversation, I felt like walking through a movie or a biopic of an inspirational person.  It felt like another pursuit of happiness story.  He was courageous enough to take risks and determined enough to make his decision a success story.

‘’still a dreamer yet more of a realist than ever before

I knew this was my time to sail

On the horizon, I saw a shining future ’’

Mr M Ponnuswami was born in a small village called Puthur which is 17 km from Erode and 35 km from Namakkal. His parents were dauntless farmers, they had five children and Mr Ponnuswami was the youngest of them all.  He studied in a nearby village panchayat school up to 8th grade and continued his studies in Erode which was 17 kms away.

During that time he travelled 17km by bicycle dropped off their harvest at the markets and got ready at school because getting ready at home wasn’t possible.  He finished his SSLC at Madharasa Islamia High school.  After successfully completing his schooling he completed PUC in Chikkaiah Naicker College (CNC), Erode and later on decided to pursue graduation in chemistry. He got accepted at PSG College Of Arts and Science Coimbatore. The transition from village to city gave him a lot of mixed experiences and new connections with various peers.

He always says “creating a bond with new people will help you later in life. Friendship is very important”.

He had mixed emotions after completing graduation in 1974 as to which profession he should choose.  He remembered that his cousin owned a scientific company in Chennai so he wrote a letter that he completed graduation in first class. His brother asked him to come over immediately and Mr   left for Chennai the very next day.

He stayed with his brother for a few weeks after which he got a job as a chemist for 150 Rs per month at a Bindhi manufacturing company. He was the supervisor and had to make sure all the work was done.  However, insecurities spared no man. Being amidst an all-women workplace Mr Ponnuswami felt insecure and wasn’t able to get the work done out of the all-women group.  This made him feel like a fish out of the water and went back to his hometown but his mother insisted him to go back.

He again left for Chennai with determination to excel in his career and make a better living. He joined his brother’s company, Precision Scientific, and worked for 4 years. The company did manufacture lab related apparatus and he was managing an dover seeing the group of people. After a few years, his first son was born in 1980 this was the time when things started to take a turn.

It is always at crucial times our lives take drastic shifts. For our special guest, things started to gain a positive reaction; that is he started to gain from his decisions.

He was advised that his salary of Rs650 wasn’t enough to run a family in Chennai. This made him choose the path of business. He, however, didn’t have enough money to start a business so he borrowed money from various sources. Rs 36500 was his initial investment for his business idea.He decided to start a chemical business at Chennai with his initial investment. In the beginning, it was challenging to kick start the idea,  But as the chemical business was a seller’s market, Which means people simply come to buy products without any help or support,

business started to take a shape. Since it was a seller’s market, no one cared too much about customers and they were taken for granted. As he found that this had a low customer service side,  he hence took that as his basic business model and began building his company from it.  That changed the game in business and his personal life.

Can we assume that oxygen is the friendliest element?  it is present in abundance helping us breathe, it is very active and it can combine with almost all other elements.

Similarly, when it comes to making an impression and maintaining friendship Mr Ponnuswami is second to none. He can be undoubtedly called as the human substitute for oxygen when it comes to creating a positive bond with his clients, vendors and all the business stake holders. While talking to him, I understood that his humbleness and his soft speaking nature, no wonder people would start to like him from the time they met first time.

His exemplary talent in wooing people helped him get a small space of 165sqft to start his business in Perambur.  He paid Rs500 as an advance for the storage area. On 1981 March 6th he started his business with first order from a company called Amurthanjan requesting for a barrel of Acetone.  That month’s turn over was Rs 21,000 the following month’s sales was Rs 50,000.  His business kept improving however financial aid was one nagging factor.

“Winners don’t do different things, they do things differently”

In a period where chemical business was governed as a seller’s market, Mr Ponnuswami decided to do things differently. Instead of being a seller like the others, he decided to make deals with his customers and deliver the product in person. The first customer service tactic he used was delivering the product to the respective client in person on the very same day of order.   This seemed very helpful for the clients hence they were ready to even pay him extra for the service.  This unique technique and perseverance made him yield a profit of Rs 1 lakh in the first year with an annual turn over of 12 lakhs. He dealt with his clients directly and gained their trust. Later on, he went on by getting orders from 5-star hotels and other big industries. Hats off to Mr. Ponnusamy for his decision to give good customer service that too in the seller’s market. Even nowadays with abundance of choices available for customers to buy, still customers are not treated right. Every young entrepreneurs and aspiring to become a business man or scale up their business must give laser sharp attention to this area of customer support. Customer is always right and customer is the king should not just stay on the paper and on our lips. It should become the habit of every business man.

After years of hard work and building business, he expanded the company outside the state. Any time a new company was launched they immediately took the deal. Being a  trustworthy and reliable company Pon Pure won the deals and built confidence among their customers and vendors. Soon the company expanded internationally to many countries like Dubai and  Singapore.  In 1999 Pon Pure made a tie-up with the US company Exxon mobil that yield them a massive turn over of 300 Crores just with this one supplier. Pon Pure Chemicals has also taken up sanitiser manufacture under the brand name VOOKI after the effect of the COVID 19 pandemic. His first son Mr Suryaprakash who is a graduate in Chemical Engineering from  BITS Pilani over sees the R&D efforts and second son Mr Lakshmipathi who studied electrical engineering in Anna University handles general chemical, HR and logistics of Pon Pure group of companies.

Mr M Ponnuswami is undoubtedly an inspiration for all business enthusiasts. His hard work and friendly nature has made him rise to excellence in his field.  He was showered with many prestigious awards such as Rashtria Samman Patra Award in 2000 for the best taxpayer.

In 2018 he was awarded as ‘BEST ALUMNI’ from PSG college Coimbatore. In march 2018 he became the Vice Chairman of the Tamil Nadu state council. He served as the chairman of CII Tamilnadu. Apart from his achievements and giant success Mr M Ponnuswami is a very kind and humble person. He shared a lot of values and ethics he followed to reach this height. He believes

“One must be willing to put input into what he is striving for and always never prejudge anyone”.

It was a very knowledgeable and informative session and we would like to wholeheartedly thank Mr M Ponnuswami for spending his valuable time with us. Wishing him, his sons and their team of people in Pon Pure to reach highest level in the business.