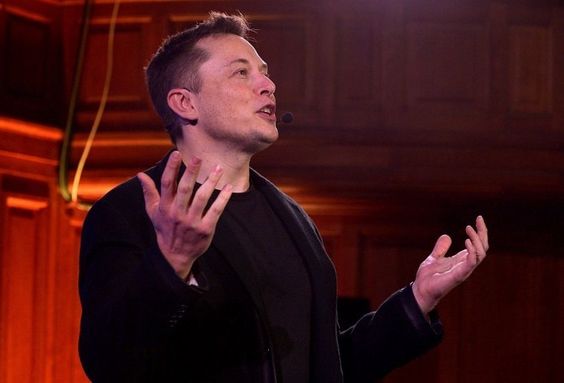 Life story of the great Elon Reeve Musk has become such an inspirational story not only for the upcoming teens and youth generation, but also for the children, as his life has become a history when he created a video game at the age of 12 and sold it to a computer magazine. From then to now, he has created a number of successes despite his failures. The great American entrepreneur, Elon Reeve Musk, commonly known as Elon Musk, was born on June 28, 1971 in Pretoria, South Africa. Musk’s parents got divorced when he was 10. He was introverted and bookish, and he was bullied by his friends at age 15 and started to defend himself. He developed an interest in computer programming at age 10, and as mentioned above, he sold his first ever software, a game called Blastar, at age 12. Now a question will arise: is there an African-born American entrepreneur? Yes, at age 17, in 1988, after obtaining a Canadian passport, he left South Africa because he disliked conscription. It was the era of apartheid.

He was born to a Canadian mother and a South African father. He sought a good future in Canada as his mother’s Canadian ties helped him enrol in Queen’s University in Kingston and he gained his Canadian citizenship in the same year. He felt it would be easier to get American citizenship in that way. After 2 to 3 years, he left for Pennsylvania to pursue business and physics, and he graduated in economics and stayed there for a second bachelor’s degree in physics. He pursued a double major in physics at Pennsylvania and business at the Wharton School. In terms of his interest in a business career, he once worked as a college intern in a Canadian bank. Life story of the great Elon Musk, take a turn when he went to California to pursue a PhD in physics and dropped that as the internet boom was starting in 1995, and he wanted to be in it. He started his first company, Zip2, in 1995-99 with his brother Kimbal and his friend Greg Kouri, as partners. Musk cofounded online bank X.com in 1999, and X.com merged with Confinity.Inc, a competitor company in Silicon Valley. As both companies merged, their names were changed to PayPal. Later, eBay bought PayPal in 2002 and it became an independent company in 2015. He joined hands with Justine Wilson in 2000 and the couple had six children. After getting divorced, Musk met actress Talulah Riley and they married in 2010 and got divorced in 2016.

Musk founded SpaceX (Space Exploration Technologies) in 2002 after selling PayPal, and he is the company’s chief designer. Musk believed the human race should be a multi planet species and he was not satisfied with the expense of rocket launchers, so he decided to produce more affordable rockets. Its first two rockets, the Falcon 1 and Falcon 9, were launched in 2006 and 2010, respectively, and it has since continued production. Eventually, SpaceX became the first commercially successful company to recover a spacecraft from Earth orbit through its Dragon spacecraft. It was a very big success in the life story the great Elon Musk. In 2004, he joined Tesla Motors (Tesla, Inc.) as an investor, and as a majority shareholder, he became Chairman of the board of directors. He is the one who brought massive private investors into Tesla. In 2008, as the former resigned his post due to a financial crisis, Elon Musk became the CEO of Tesla, Inc. Tesla’s first ever successful model was the Roadster (electric sports car). Musk had an overview of that, and the very big added advantage is the light weight body of the car and that it is made of carbon fibre. He received the Global Green Award in 2006 for product design for the Roadster. Till date, Musk’s incumbency is seen in Tesla and his co-companies, and he is the longest-tenured CEO and dual CEO of any automotive manufacturing company in the world.

list of honors and awards  received by Elon Musk

Elon Musk suggested his cousins Peter and Lyndon Rive start up a company, SolarCity, to promote sustainable energy products for the wider consumer base, and he was the chairman of that firm. The development of the company was enormous, and by 2013, SolarCity was the leading residential solar installer in the U.S. Next to that, he founded a company for tunnel construction services called The Boring Company (TBC). Initially, it was formed as a subsidiary of SpaceX and became independent in 2018. A test dig was conducted on the property of SpaceX in Los Angeles. Musk posted the first photo of his company’s progress on Instagram in 2017. His inventions and innovations always reach a high place, as in the Hyperloop. And he never left any interests of his. He gained an interest in artificial intelligence, becoming the co-chairman of the non-profit AI. Elon Musk is one of the world’s richest people, a multi-millionaire in his early thirty’s and expected to be the world’s first trillionaire. In fact, between space rockets, electric cars, solar batteries, and the billions he’s made along the way, he is considered the real-life Tony Stark. The road has not always been smooth in the life story of Elon Musk. He has broken more than once during the lawsuits and government scrutiny, but his will to overcome the struggles still hold him in a sky-scrapping position.