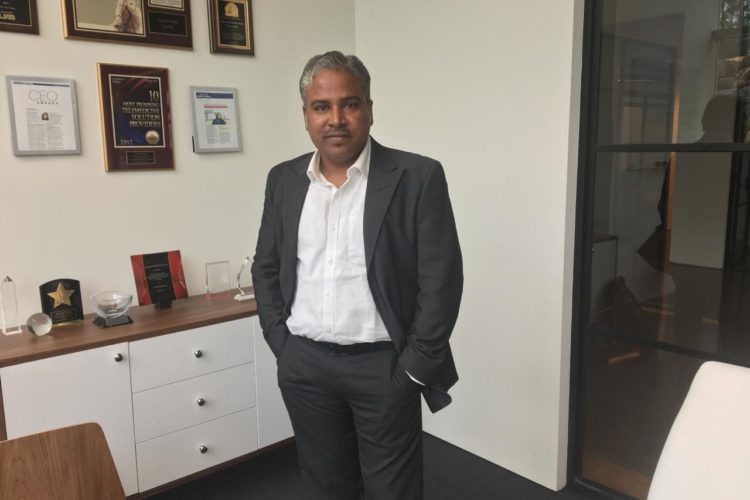 “Things won are done; Joy’s soul lies in the doing.”

Just as Shakespeare says entrepreneurs are unique people who have managed to capture the basic essence of life by doing what makes them happy. They are like the brave warriors of the economic world who dared to break the chakra Vyug that could engulf a person if not for the mighty battle.

One such person is Mr. Srinivasan Ganesan from Paramathi Velur who is a successful entrepreneur in the field of information technology.  It was a great honour in getting the opportunity to know him. Such a humble and soft-spoken person who did not hesitate even a bit to spend more than an hour sharing his personal experiences along his incredible journey. A very resourceful person with more than 17 years of expertise in the field of information technology.

All this was a long time ago, I remember, And I would do it again, but set down. This set down

This: were we led all that way for

Isn’t it ironic that there are a few moments in life we wish could be fast forwarded but later realise that those were golden moments we wish to live again?  It seems our protagonist feels the same about his first company he worked for.  Mr. Srinivasan Ganesan started out his journey right after graduating in Industrial engineering from Anna University, Chennai. He worked at Photon Infotech, Satyam and TechMahindra for a period of over 12 years. As we discussed his working experience, I sensed such excitement and wonder that seemed like he only left yesterday. He then later set out on his incredible journey of becoming an entrepreneur in the IT field.

The struggle to reach there was hard:

No journey is easy as everyone faces a battle to win over not just the outside material world but the inner battle that prolongs forever.  But things may get untangled from the joy of fatherhood especially a for a father of two.  Mr. Srinivasan Ganesan shares his efforts and battles he had to fight to have a firm foundation and become a successful entrepreneur in a very complex and ever changing dynamic field of information technology.  He entered the field in 2002 and later decided to walk the path as an entrepreneur from 2008.  He was one of the founders of Novel Infosolutions a software development company.  He was also the co-founder of a start-up called Gtext which is a text messaging service platform. He started his very own company at an early age an had to sell it to an American company. However, he managed to pounce back and continue his journey as an entrepreneur till this day.

Today he is one of the directors at ConcertCare which is a company that focuses on software services and health care products.  His vast knowledge in different verticals of IT such as Healthcare, Retail and Automobile industries which includes project implementation and management, application support, vendor management, systems and process management, and Start-up has earned him the prestigious position. Mr. Srinivasan Ganesan has also worked at managerial positions in notable companies like Photon Infotech, Satyam and TechMahindra. He managed offshore development teams and provided global support to many firms. Hats off to his incredible ability to serve clients across the globe.

As mentioned earlier he launched numerous software applications such as

Until 2014 he lived in Texas running Novel Info solutions a service-oriented company. It was acquired by Concert Care (Tanveer Patel, Founder, a serial Entrepreneur) after which he returned to India and joined Concert Care as a full-time member of the board. Today Concert Care is a leading agency in custom software development and boarded Ms. Dabra Hays as COO in Aug 2019 at Birmingham, Alabama, USA which also concentrates on all domains like healthcare, retail etc. In just a few years’ time it could be another Infosys or CTS. Our team DigitalVillage.In is wishing them good luck for their dreams come true.

From Chennai to America and all the way across to Australia, Mr. Srinivasan Ganesan has showed that perseverance and passion towards our journey will take us around the globe.  I thank him for his time and the opportunity he gave to receive his incredible knowledge.

Read about other people