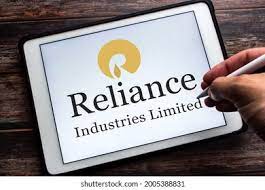 Companies inside the Reliance umbrella is not limited itself. It has widespread business with twigs and branches all over in India as well as in abroad.

Reliance retail itself has 5 categories. Consumer electronics, Fashion and lifestyle, groceries, pharma and connectivity. Reliance Digital, Jio Digital Life and Jio Mart will come under Consumer electronics. For gaining attraction from the young people its fashion and lifestyle branches like Reliance Trends, Ajio, Reliance footwear, Jio mart, Urban leader, Project Eve, Reliance jewels were opened. These certain branches are in trend today and the customer loyalty increases day by day. Especially Ajio has become a one stop destiny to all the teens and became favorite online shopping spot to all the teens as well as youth generation.

For groceries, startups like Reliance fresh, smart point and Jio mart are especially available for our Indian homemakers to make their cooking delicious. Next comes Net meds, it comes under Pharma.

Connectivity inside the Reliance umbrella

This company is founded in 2015, and become a biggest turning point in Indian Telecom industry. It started to provide high speed internet and network coverage all over India. Reliance conquered the entire Indian market by its pricing strategy. As being the major shareholder it consequently acquired the entire market. Over the last 3 years, it started to provide services like broadband, fiber services, television etc.

One of the largest petroleum companies not only in India but in many places across the world. It was founded in 2008. The available range of products are petrol. Auto LPG, lubricants, High speed diesel, packed LPG, aviation fuel. More then road vehicles it also caters to airplanes which is to be noted.

How Network 18 inside the Reliance umbrella

Actually, it was founded by Geeta and Rakesh Gupta in 1996 and later acquired by Reliance on 2012. As like other acquisitions this is not much smooth because it occurred due to the debt of the company. This debt forced them to enter into debt agreement with Reliance. As the debt situation worsen, the entire company had taken over. In which the list of networks like Nickelodeon, Colors channel, Voot, Money control and News18 channel.

To end with, these were the major Companies inside the Reliance umbrella in India and there are many other branches all over the world.